For the past few months, I’ve been completely sidelined with another project that required my full attention and writing skills.  Luckily, the project is finished and now it’s the waiting game.  SO my apologies for my disappearance.  However, I have a few blog posts that I’m going to catch up on in the next few weeks.

As most of you know, I’m a clothesline math enthusiast.  Love the routine.  Love the conversation surrounding it.  Love that it creates student engagement.  As a matter of fact, some of you might have seen this.  Chris Shore wrote a full book about it and gave me and my school an acknowledgement.  Super cool. 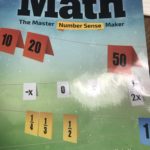 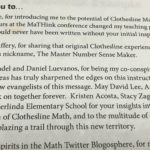 When it was time for my fractions, decimals, and percent unit, I was thrilled to use the clothesline.  I wanted my students to see the interconnectedness between each of the concepts.   After I taught them the skills needed (how to convert fractions to decimals, decimals to percents and fractions to percents), I broke out the clothesline.  This time, instead of pre-designated cards, I had my students design their own.  With the use of a hundreds grid, my kids got to design color in as many squares as they wanted.  From there, they collaborated with their table groups and figured out the fraction, decimal and percent of the grids colored in compared to 100. 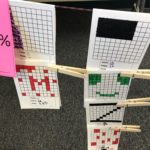 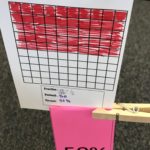 Once they put them on the clothesline, we had a discussion about percentages less than 1% (and what they would look like).  We also had a discussion on 200% and where that would go in comparison to 100%.  Big math argument.  One student put 200% to the right of 100%.  Other students were arguing that it should be equally spaced compared to where 0-100% was placed.  100%-200% should be the same distance. 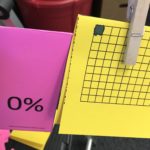 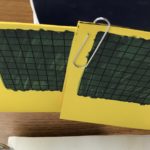 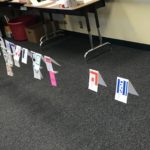 The lesson was a success.  But I had a revelation about clothesline.  Rather than me choosing with fraction, percents, decimals to, did I increase student engagement with having students create their own?  Is there more ownership with student-created clotheslines?  More importantly, how could other grade levels create their own clotheslines?

This sparked a new category of clotheslines.  I tried out my idea with a kindergarten intervention group.  The students were enthusiastic about it.  They liked seeing how many different ways we could create a certain number.  I saw the potential of using blank tens frames.  Kindergarten also creates their own with the use of the names. (see here) 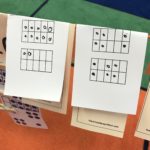 Here are my latest additions to the clothesline world.  I’ve created blank templates in hopes that our students can take ownership of their own clotheslines.