Since being back in the classroom, I’ve made it a point to include either a performance task, a 3 act lesson, or sometimes both with every unit of math.  I have to admit that it’s been fun to put what I’ve learned as a coach to work.  Not only am I a better teacher for it, but my team trusts my judgement and goes along with all my crazy plans.

This lesson started when I realized how many coins my family had collected in a jar.  We usually run off to our local grocery store to exchange them for Amazon money. 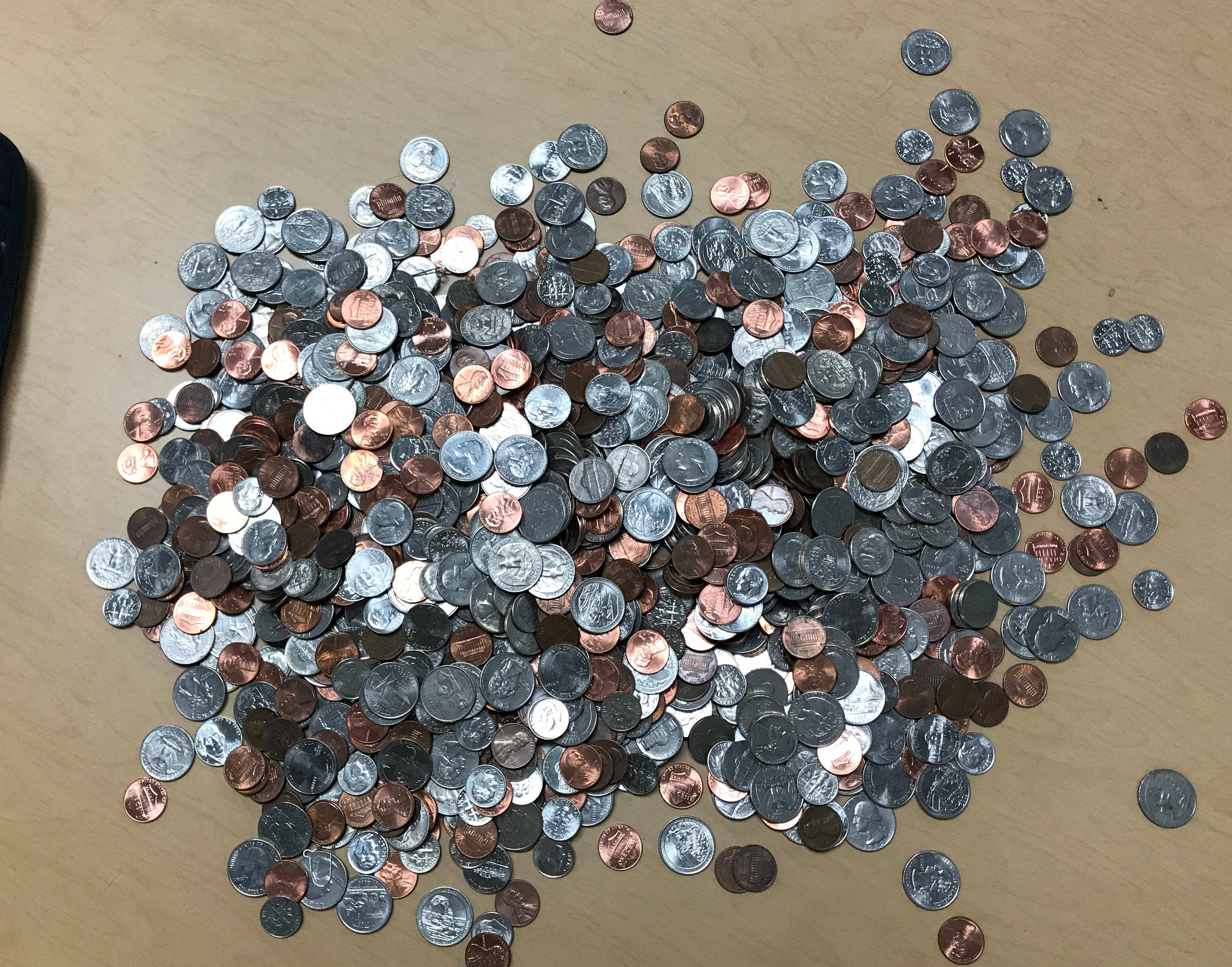 It was all I could do to hold off my husband from exchanging them.  I saw much potential in this pile of coins.

While planning over the summer, I came across the standard 6.NS.B.3- Fluently add, subtract, multiply, and divide multi-digit decimals using the standards algorithm for each operation.  With the suggestions from my son, this new 3 Act lesson, Sassy Cents, was born.

While the video played, I wrote down the classes comments to each other.  Some sat in silence. As the video progressed to show the emoji, I heard “OOOOHHHH.”  “She’s rich”  “That’s a lot of change.” “It’s huge!”  “How long did that take?”

(Awesome—I have them hooked!)

My students love doing notice and wonder.  They know the routine so well and expect with any new “thing” I show them.

The next step was an estimation bit.  I wanted them to estimate how much money the emoji was worth.  A great observation came from one of the students.  Do we estimate in dollars or cents?   They settled on dollars and cents.  Their best estimates ranged from $20 to $80.

Act 2 consisted of making sure they knew what a bit of info.  I gave them info on what one stack of coins looked like.  I also gave them the amount of stacks for each part of the emoji.  For differentiation reasons, I figured it would be helpful to give them a choice of how they wanted to solve for the emoji. 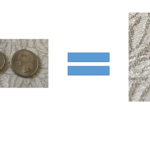 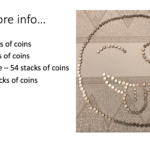 The students worked vigorously on their calculations.  This was a perfect way for them to practice their multiplication and addition of decimals.  Lots of practice with decimal points.

At one point, one of my students sat there finished.  I checked his work and asked him to explain his method.  This is what he told me….

It was a relief to see one of my students articulate his thinking so well.  Many of the other students seemed to figure out each part separately before adding their totals up.  This child did his own thinking and that’s ok with me.