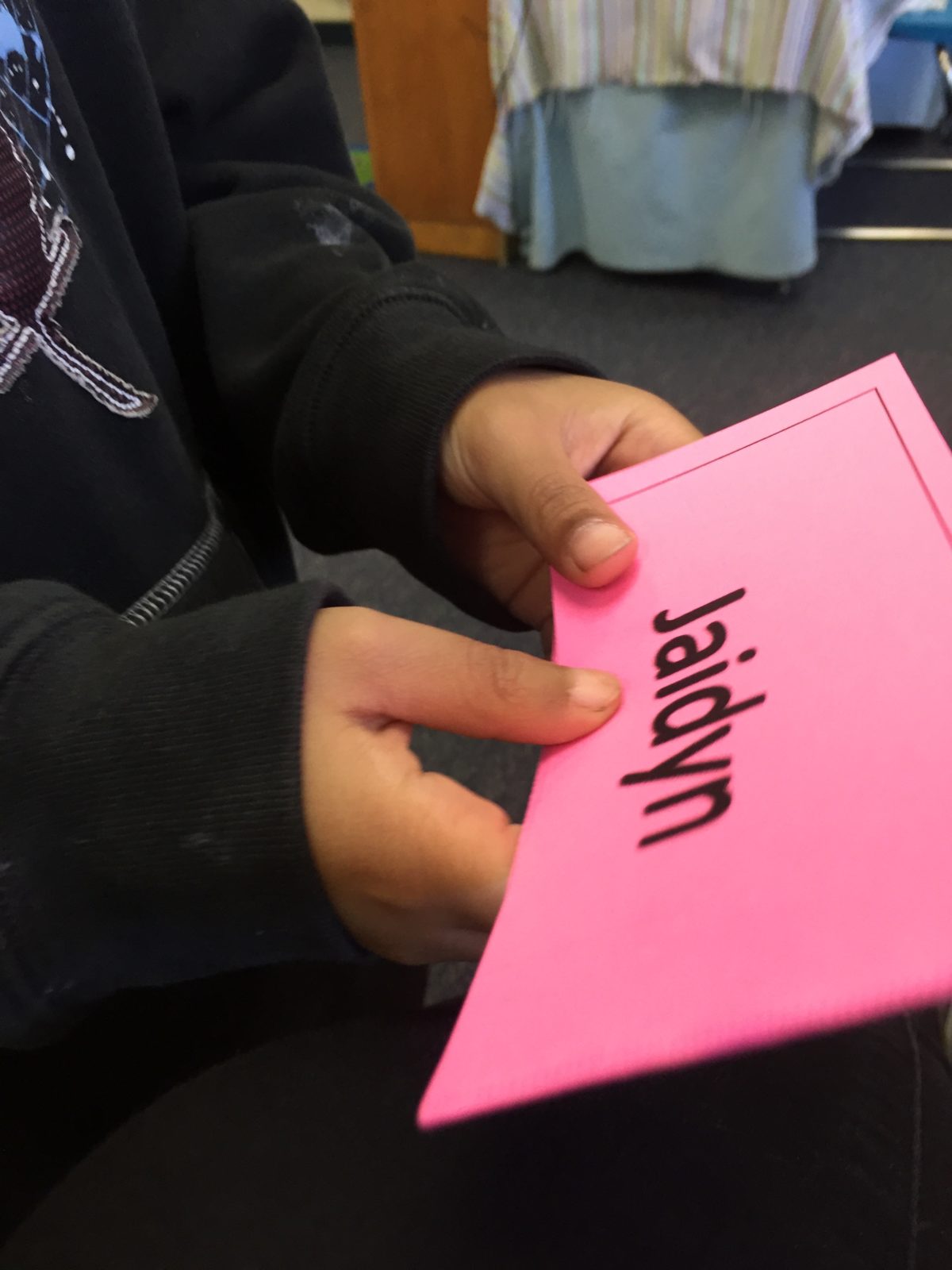 It’s incredible to have teachers take something you introduced them to (in this instance–the clothesline) and see what they do with it.  And I can’t emphasize enough to my teachers that they should use whatever I give them and make it their own.  I usually tell them to “make it work for you.”  And then, they invite me in for me to see how they made it work.

In this instance, it’s Mrs. Z, my kinder all-star.  Mrs. Z decided to type her class list of students’ names onto cards and see what the kiddos would do with it. How would they want to put their names on the clothesline?  Quite a innovative way to make use of the number line.  I was curious too

I assumed they when asked, the students would want to put them into alphabetic order.  Seemed like an obvious choice.  Nope…alphabetic order didn’t even come up as an idea. Instead, the students decided to count their letters in their names and put them in order from smallest name to longest names.  “Medium is in the middle,” I had one student tell me.  Got it! Thanks for explaining. 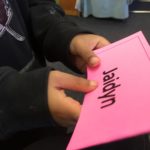 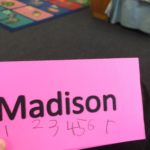 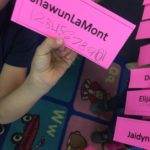 And little by little, they started placing their cards. And they did really well.  Yes these pictures look like that are incorrect because they are not in alphabetical order.  Remember though that they were putting them in order by number of letters in their name. 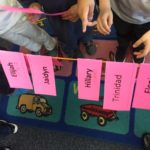 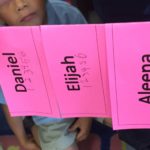 And one night for a parent evening for kindergarten, I saw this. 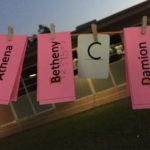 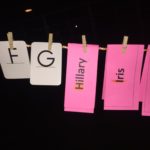 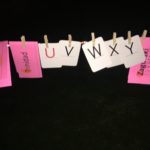 So much fun to see.  What a thrill to see one of my routines expanded and used.   This only proves that there are so many possibilities to the clothesline activity.