National Council of Teachers of Mathematics (NCTM) annual conference  can be summed up into an equation.  3 days of math awesomeness = one year of inspiration.   (at least that is my hope).  The experience is empowering, motivational, and humbling.  You meet, you talk, you laugh, you notice and you wonder.  You learn that there is a whole network of people outside of your little bubble of a district.

During my time at the conference, I had my “A Ha” moments that I gleamed from so many fabulous speakers. If you aren’t familiar with anyone of these people…stop and google now!

Is it better to have power or have influence?

Graham Fletcher (during a different session)–Watch him here…

How can we provide students room to explore, to play, and to find joy in doing math? 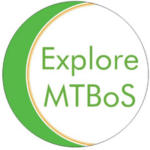 The best part of the whole conference was being a part of something larger than myself.  There’s a network called MTBoS – otherwise known as the Math Twitter Blog o’Sphere.  It’s an insightful, welcoming, and sharing community of educators that network with one commonality—we are passionate about teaching math.  And I say we because this week I met so many from this network and I had the cool sensation of being a part of something bigger.  Meeting people that I have chatted with via Twitter (@aprilf4175) was amazing.

And so I heard a bunch of “calls to action” from a bunch of respectable educators.  However,  I have settled on one of my own.  At one point during one of the sessions that math coaches were invited to, I had a moment of clarity.  I realized that as much as I would like to make big changes happen and be a voice in my district, it’s not going to happen.  But “Don’t Cry for Me Argentina.”  As Robert Kaplinsky pointed out, is it power or influence?  I’d rather be influential with the people I work with the most, my teachers.  I can influence them to be empowered, to stretch their practice, to try new things, to play, and to have fun.

And so the work continues. I’m invigorated, motivated, and thrilled with prospect of the future.