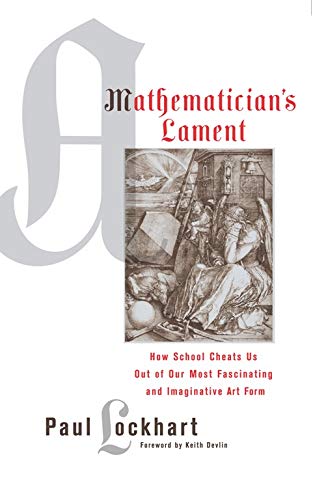 During the first days of summer, I usually catch up with my guilty pleasure TV shows and get a few projects around the house completed.  However, I found myself jumping into my first book “A Mathematician’s Lament” by Paul Lockhart.  It is sold on Amazon, but I also found a PDF here. Someone on Twitter had posted a quote from the author and it spoke to me. 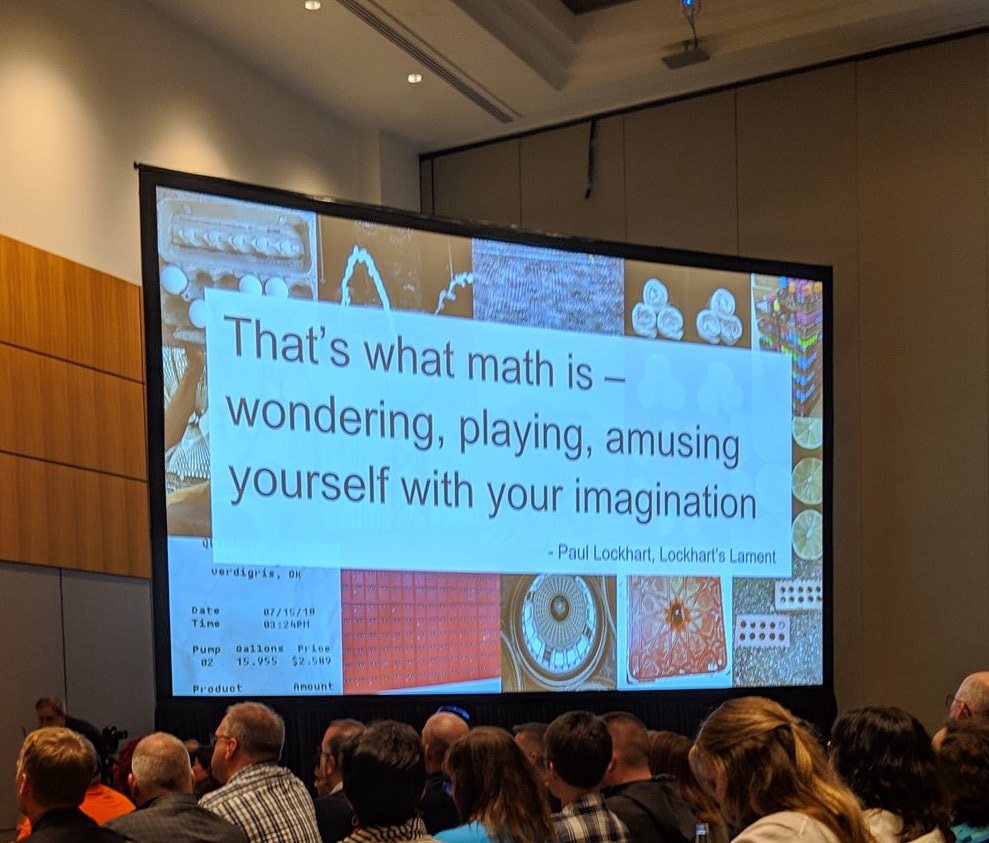 Why did this speak to me?  During the NTCM 2018 Regional conference in Seattle, Christopher Danielson gave a talk on the word “play” and how playing unofficially becomes the 9th standard of math practice.  Play is such friendly, non threatening word.  Play gives people permission to explore freely.  Unfortunately as we grow up, sometimes we forget that element from our childhoods. 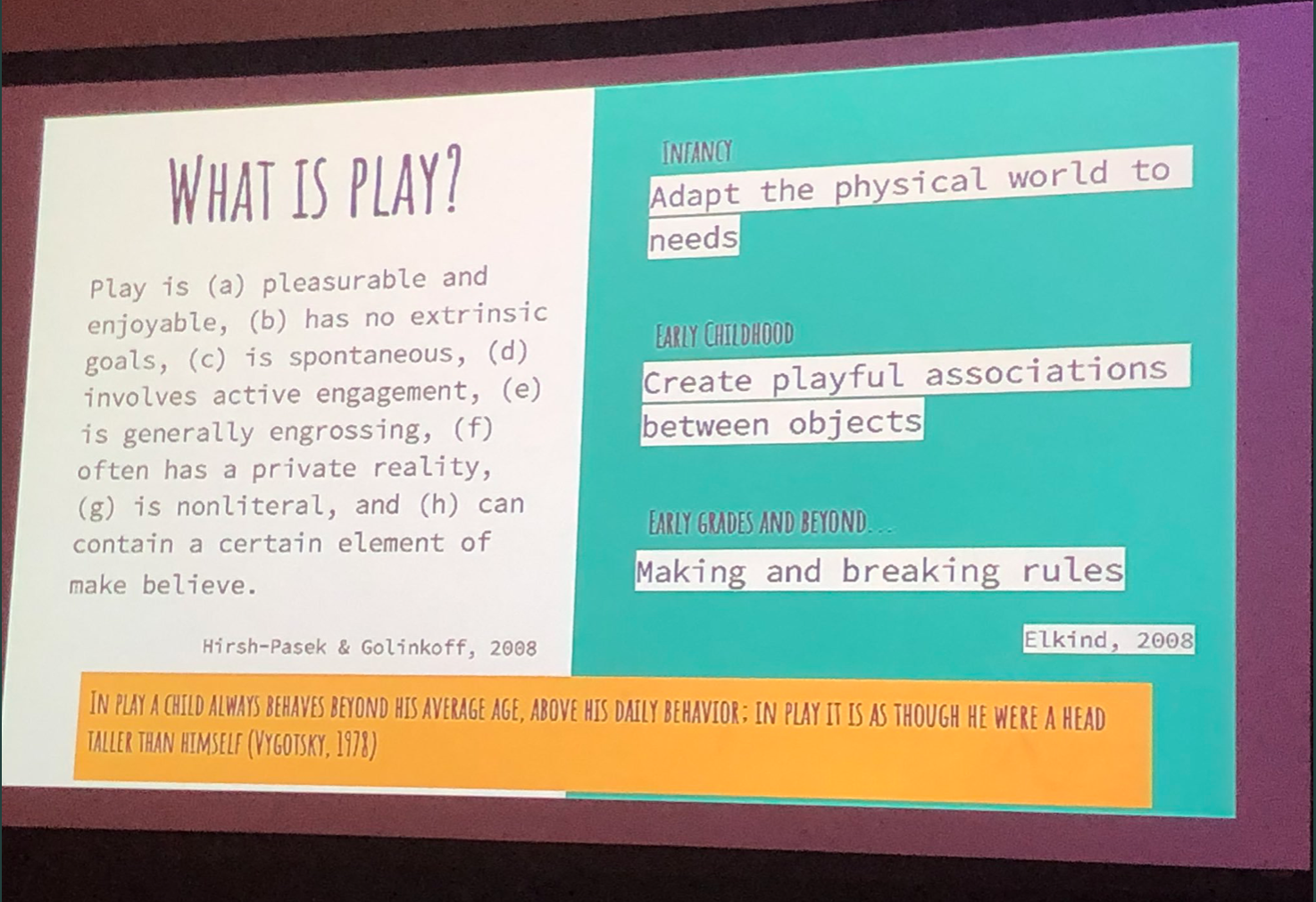 Back to the Lament…as I started reading Mr. Lockart’s Lament, I wondered when it was written.  According the Keith Devlin’s forward, it was written in 2002.  This little fact fascinated me because this was written 17 years ago.  17 years ago, I was a 3rd year teacher learning about the STAR (Standardized Testing and Reporting) and the CST (California Standards Test).  This was a time of teaching facts and tricks.  We memorized formulas.  We taught strategies of how to get through the multiplication test.  Do you recall “No Child Left Behind”?  It was a time of too many standards to teach and not enough time for depth.  I shudder thinking about how mechanical teaching was and time to “notice and wonder” where far off into the future. 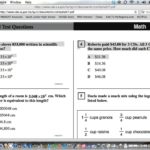 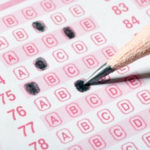 What struck me about Mr. Lockhart’s statements were that it’s still relevant to today.  There are many of us in the math community that are trying to be “math rebels”.  We don’t necessarily need textbooks and tests.  Those entities kill the beauty of mathematics. And it’s those entities that make students hate math.  No one has shown them that it’s one big puzzle that you have to keep hacking away and understanding the “why” of it.  The beauty of mathematics shouldn’t be brought down by drill & kill worksheets, timed multiplication tests, and useless work.   As Mr. Lockhart says, “mathematics is the purest of the arts as well as the most misunderstood.”  Would we deaden a photography, ceramics, sculpting, painting, or ballet class with a worksheet?  Can you imagine?  So why are we doing that with math?

And so I found it refreshing to read this piece because I like finding kindred spirits of the math kind who have similar views like myself.  Paul Lockhart and Jo Boaler have both given me relief because I thought I was the only one out there with similar thoughts.

Here’s a section of the book that caught my attention the most.

“By concentrating on “what,” and learning out “why,” mathematics is reduced to an empty shell.  The art is not in the “truth” but in the explanation, the argument.  It is the argument itself that gives truth its context, and determines what is really being said and meant.  Mathematics is the art of explanation.  If you deny students the opportunity to engage in this activity–to pose their own problems, to make their own conjectures and discoveries, to be wrong, to be creatively frustrated, to have an inspiration, and to cobble together their own explanations—you deny them mathematics itself.”

I implore you to read it yourself.  Ponder what’s going on in your classroom, school, or district that would deny students the beauty of the math.