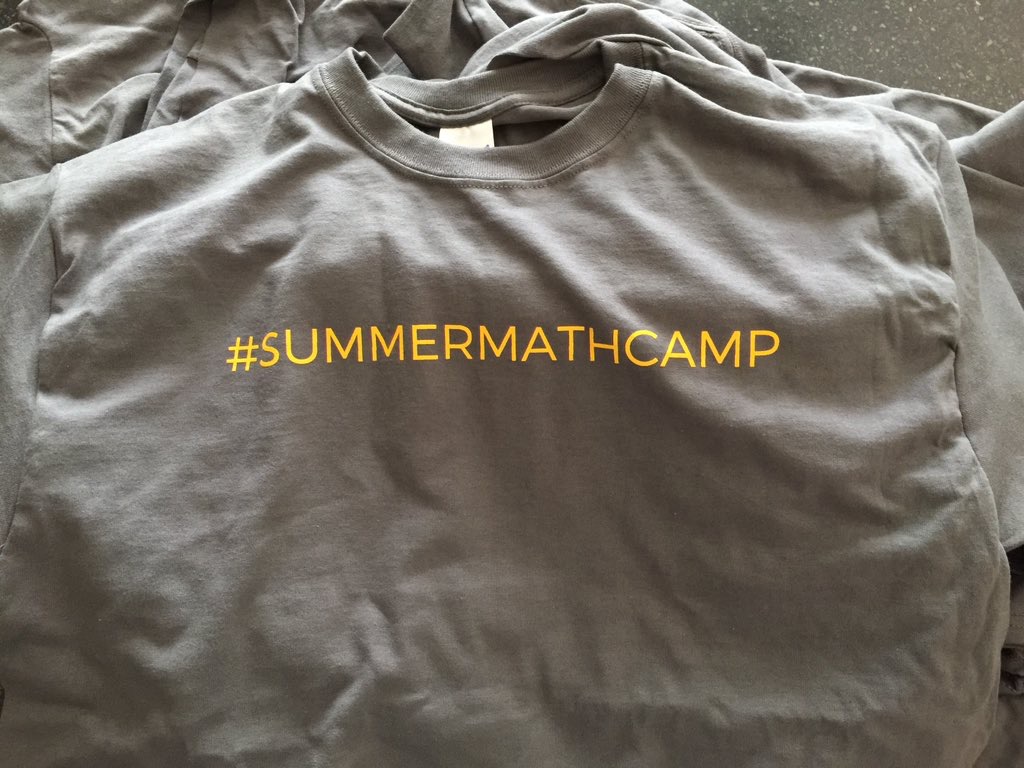 #SummerMathCamp 2016 was a busy, insightful week full of notice and wonder about math. Thirty-eight educators chose to spend a week of their summer with us exploring some big ideas in the K-5 standards. We explored number routines and math work stations. We read, reflected, and chatted about the power the SMPs bring to our teaching and students’ learning. We shared the wonder of the #MTBoS; Which One Doesn’t Belong, Estimation 180, Fraction Talks, Number Talk Images, along with our most favorite tasks from our classrooms.

One of the highlights of #SummerMathCamp was introducing our colleagues to the MTBoS’s gem: the 3 Act Lesson.

On Day 1, the campers had the opportunity to experience a 3 act task as a learner. They participated in a 3 Act called “Making It Rain” from The Learning Kaleidoscope. In addition to experiencing the 3 Act, the educators were shown Graham Fletcher’s Cookie Monster. We chatted about what happens each of the three acts. On Day 2, we showed them Jamie Duncan’s version of Cookie Monster, and portions of other 3 Act tasks. Before working in their grade level teams, we revisited the structure of a 3 Act Task and discussed the beauty of taking an everyday occurrence and finding the math in it. The next two afternoons, grade levels took pictures, made videos, and developed the storyline for their 3 Act Tasks (and in some cases a sequel.) On the last day of camp, we held a RED carpet premiere. Ok..it seemed like that in our heads. In reality, it was popcorn and soda for everyone as their work was débuted.

We’d like to share with you a sample of the awesomeness that these math educators created to use with their kids.