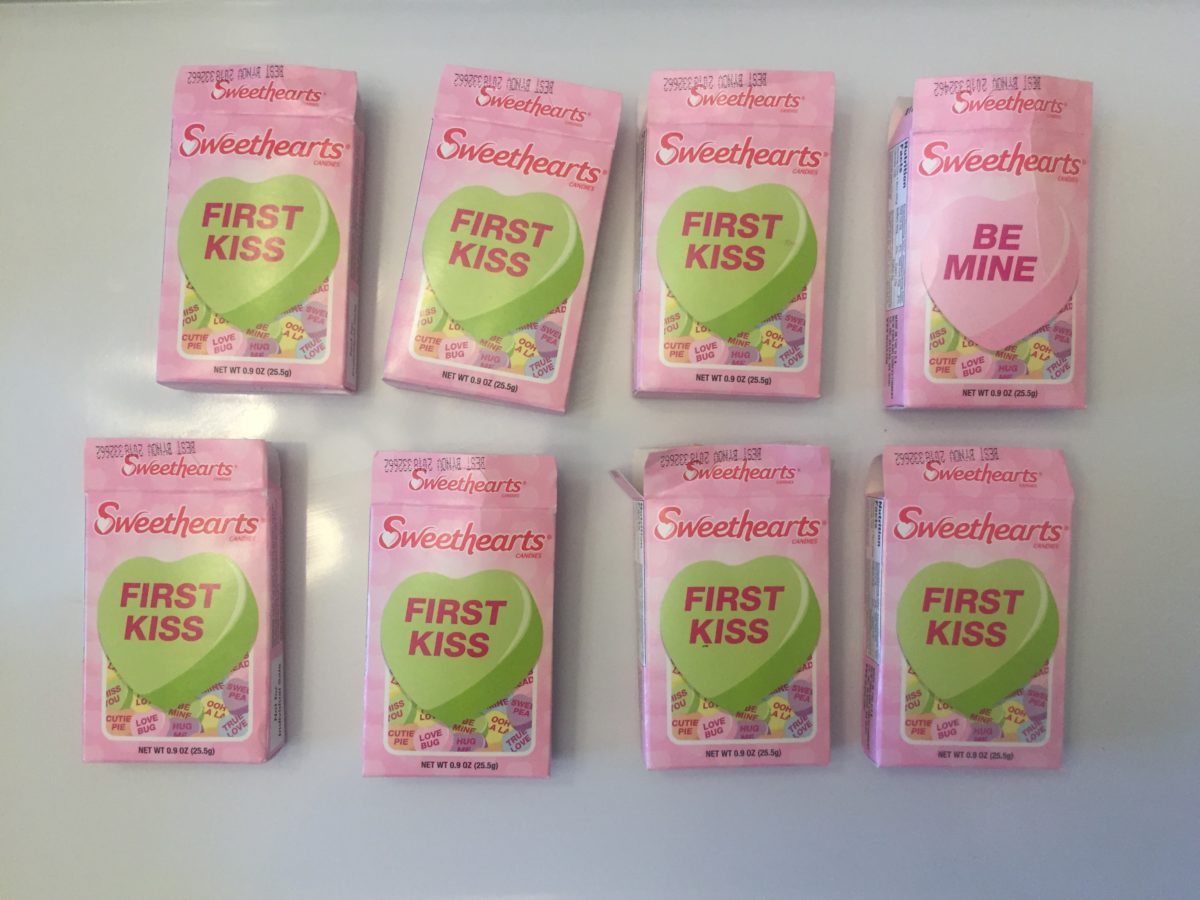 In my research,  I hadn’t come upon a 3 act lesson in which the students had to divide.  My 4th grade teachers wanted to see what a division 3 act lesson would look like, so I created one.  This lesson  also helped me in learning how to use more features on the iMovie application.

I ran around to about 5 classrooms in the last three weeks to try it out. The first time, I had major tech issues.  The 2nd time, I questioned  my own judgement in regards to the Act 1 movie.   By the 4th time, I was convinced it was a decent lesson.  Why?  It promoted really great discussion (Notice & Wonder), got the students showing multiple strategies in solving the problem, and as any 3 act lesson is….it was engaging!

I present to you “Divided Hearts.” (yes, those are the same heart candies from my other 3 acts.  The way I see it–I like getting more lessons out of one purchase.)

What surprised me after each class was how fascinated the students were with showing the video in reverse.  Some of them couldn’t get past that.  However, I later told them that if I showed the video forwards, it would show how I’m adding hearts to the cup.  That might give them the idea of addiction or multiplication.  That wasn’t my intent. 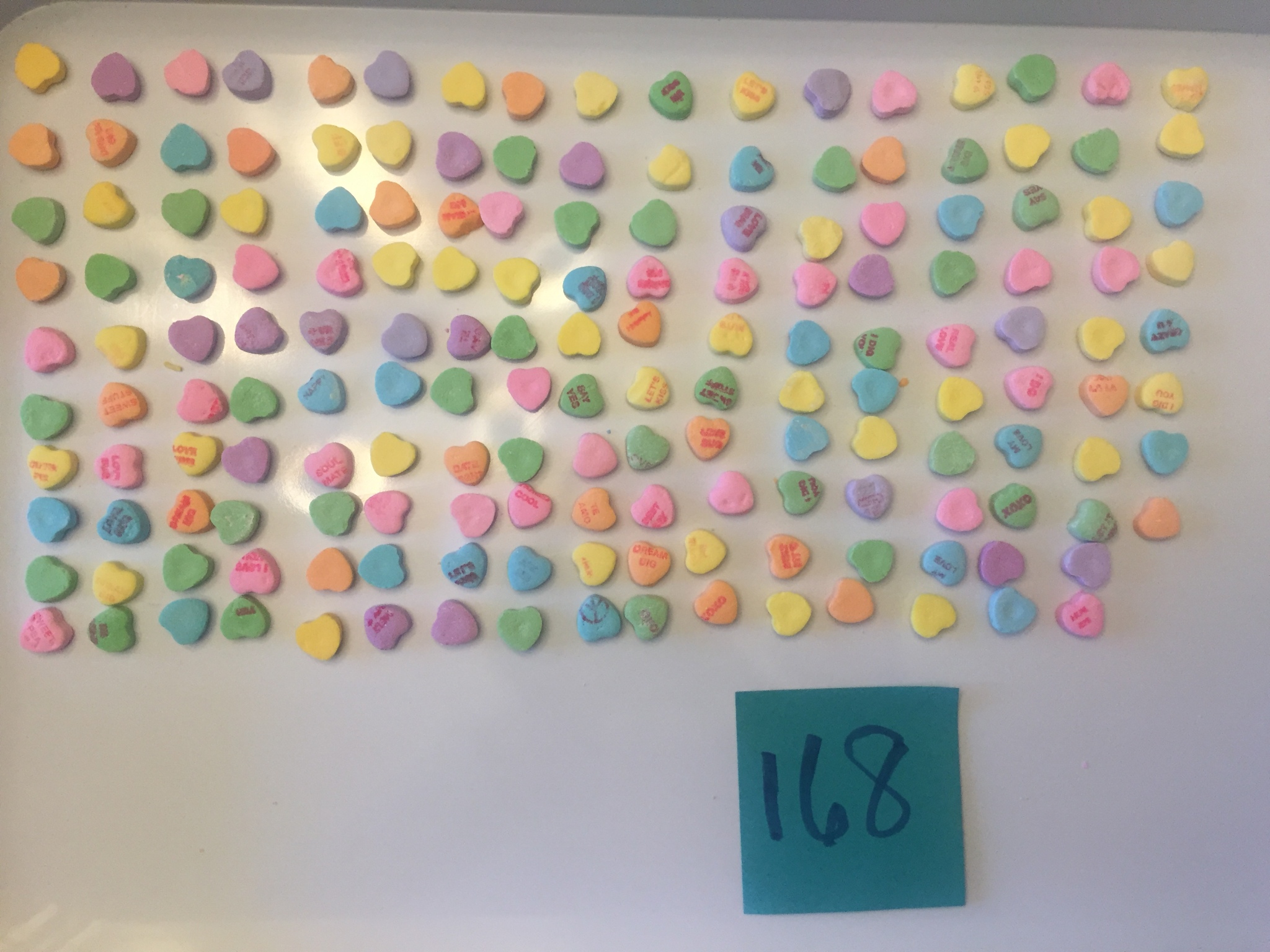 Before I continue with the lesson…take a moment to look at how many hearts are laid out. Take it all in.  Stare at those hearts. Those hearts and that layout became the bane of my existence for a few days.  I must have laid out those hearts and recreated the Act 3 video a good 4-5 times.  Sheesh.  But anything for the betterment of the students. Ok..rant over.

There were a range of strategies seen in every classroom.

Let’s start with these two… there were  a few students who didn’t know what else to do but start by counting out 168 candies.  The student on the right decided to use small lines.  It must have been exhausting to keep so many counted. 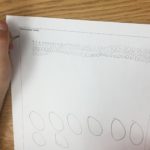 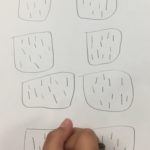 A few more strategies popped up that I have no explanation for (see below).  I had the students try to tell me about their work, and I was still stymied.  It’s not very often that I walk away still scratching my head.  I know they were onto something. If I had more time, I would have spent more time with them. 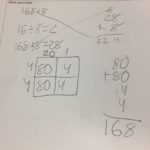 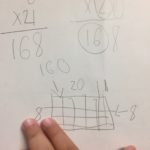 And then there were some who saw patterns and were making sense of what they had to do. They were avidly checking their work frontwards and backwards.  The 3rd student worked on her multiples until she got to 168.  She kept on persevering and that’s what mattered most. 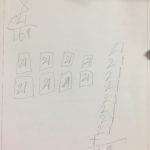 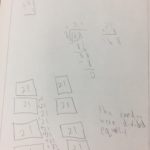 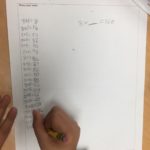 Without saying a word to any of the students, I showed the last clip of the lesson.  At first, I heard groans because they thought they’d have to sit through 5 minutes of watching this random arm separate 168 hearts into 8 boxes.  However, once the video sped up, the fascination with movie making came back.  And when they counted the last hearts that fit into one box, the classes excitedly yelled “Yes” with a round of high fives.   That’s the moment that you eagerly anticipate as a teacher.

There is always more to come.